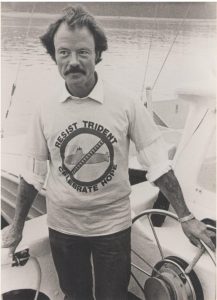 Ted Phillips on Lizzy of Was

When I was a born, my grandfather Ted Phillips with the help of his 2 sons, Nigel and Chris, was building a 48 foot sailing trimaran he designed.
When I was a year old, the whole family, myself included set off to sail around the world.
After a big storm in the Bay of Biscay my mother and I returned to England, but Ted, Eve (my grandmother), and Chris continued to “sail around the world”.

After a few years they came across Quadra Island and decided to go no further, it was their new home.
When I eventually moved to Quadra Island age 11, my grandfather was at it again. Designing and building another large sailboat. This time a much more high tech catamaran to be called “Fiji Flyer”. I could be his crew he told me as we talked of far off sailing destinations. My grandfather understood me well and never appeared bothered by my endless questions. Conversations we’re usually educational in some way and often about boats…. or nuclear missiles… he hated nuclear missiles. 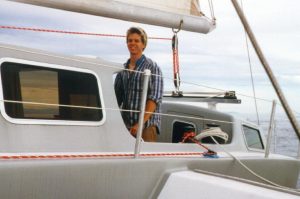 Nick Richardson early 20s, on Lizzy of Was

However it was not to be, on January 18th 1987 tragedy struck and I had to watch my precious grandfather drown while scuba diving a mooring buoy at Rebecca Spit.
I remember thinking at least he was old.
He was 52. Funny a 12 year old’s perspective.
The dream however did not die that day. Instead it lay dormant for years while I continued growing up but in the back of my mind it was always there, waiting.
Once I became an adult, reality struck. Sailboats are expensive. So I got on with life, had a family and started a business.
Then a few years ago Sarah said “its time, we can do this, we just have to focus”. We talked over all the different ways we could think of to make it happen and eventually settled on a plan. 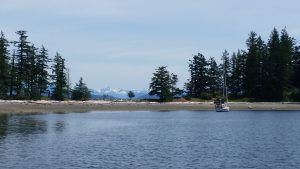 The Plan…. to be continued. 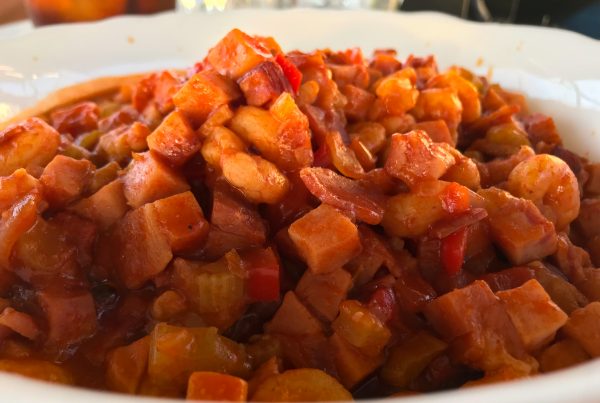